While communities across the Pacific Northwest were defeating coal and oil projects, new fracked gas proposals began to slip under the radar. In 2014 Northwest Innovation Works, a Chinese government-backed company, signed preliminary leases with the Ports at Kalama, Washington, Port Westward, Oregon and Tacoma, to build three massive methanol refineries. These facilities would import fracked gas from Canada and refine it into methanol, which would be shipped to China to manufacture plastics. 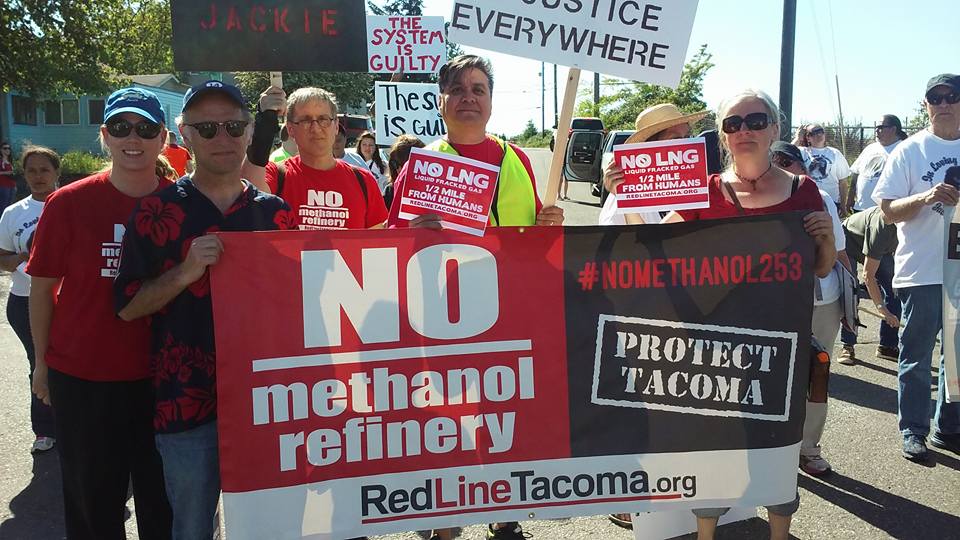 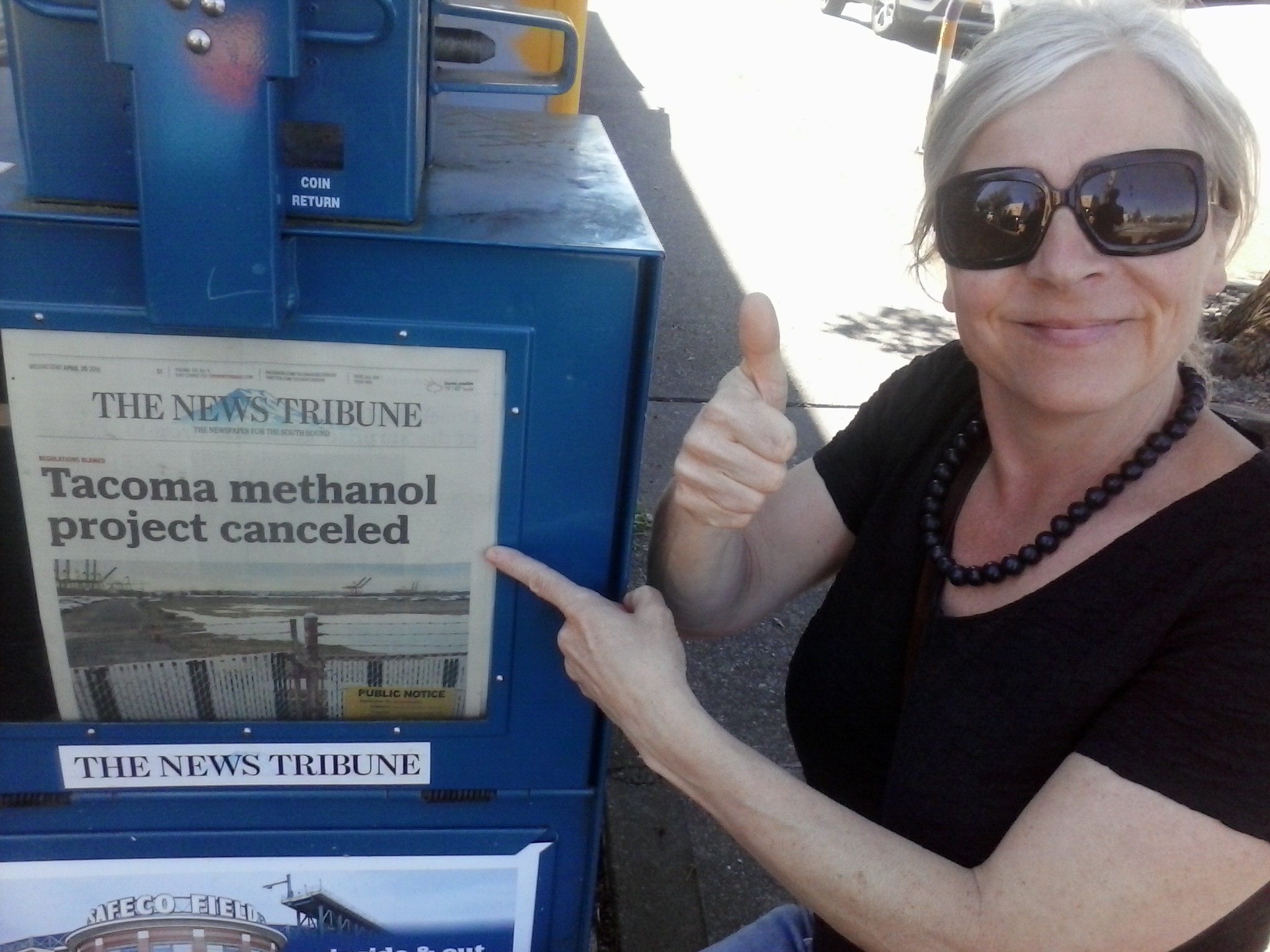 When residents in Tacoma found out about plans to build the world’s largest methanol refinery at their port they rose up in a united front and drove Northwest Innovation Works out of town. So the company refocused their efforts on the Port of Kalama, where they had signed the initial lease to build a methanol refinery. In Kalama, which is a much smaller and isolated community, it took longer to organize opposition to the refinery, but after three years of organizing, hundreds of people came together to stop it. With the help of Columbia Riverkeeper, the Sierra Club and Center for Biological Diversity, they were able to delay permit approvals through lawsuits.

In the spring of 2019 Governor Jay Inslee finally publicly opposed the methanol refinery, but took no actions to actually stop it. Now the people of Kalama and their supporters across the region are awaiting a decision from the Washington State Department of Ecology, who has the power to pull the plug on the World’s Largest Methanol Refinery. That decision will be made in mid-October. You can find out more here about what you can do to help stop the Kalama Methanol refinery.

Protectors of the Salish Sea

Friends of the Columbia Gorge