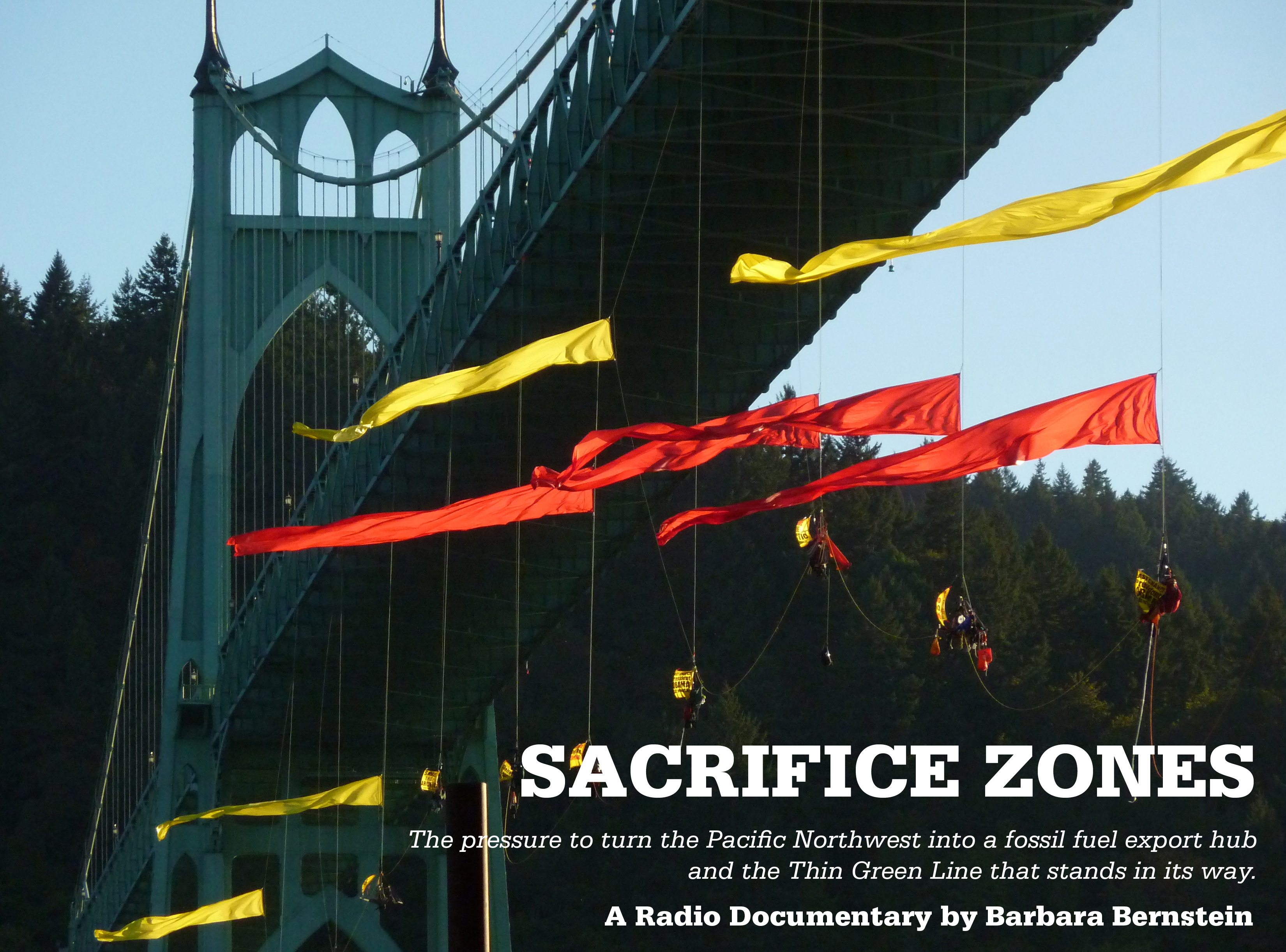 As the fossil fuel industry turns up its pressure to turn the Pacific Northwest into a fossil fuel export hub, a Thin Green Line stands in its way.

SACRIFICE ZONES is a story about the pressure to transform a region of iconic landscapes and environmental stewardship into a global center for shipping fossil fuels. This one-hour radio documentary investigates how petrochemical development of the scale being proposed for the Pacific Northwest threatens the region’s core cultural, social and environmental values. And it shows how opposition to these proposals has inspired the broadest and most vocal coalition of individuals and groups ever assembled in the Northwest, a Thin Green Line of opposition that has so far slowed or stopped all the fossil fuel projects being proposed.

In SACRIFICE ZONES we hear from Native American tribes, longshoremen, environmentalists, business leaders, health care professionals, first responders and local residents along the blast zones of oil trains and terminals, who are raising their voices in public hearings, court proceedings, rallies and marches.

This program was funded in part by the Regional Arts and Culture Council and the Puffin Foundation.